Celebrate more than 150 years of Canada with 150 books.

Shani Mootoo Recommends Drums of My Flesh by Cyril Dabydeen 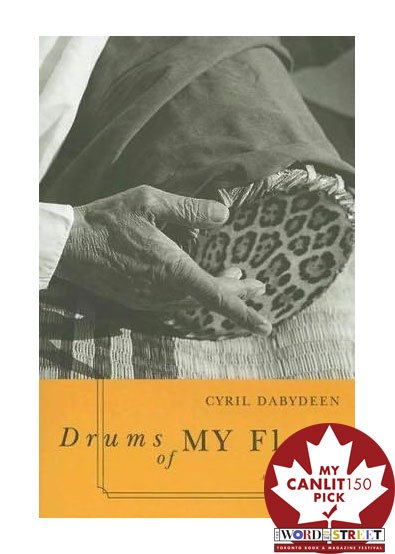 In a central park in Ottawa's Sandy Hill, Gabe, an immigrant from Guyana (South America), explores the past in the company of his young Canadian-born daughter. But this novel goes beyond the traditional innocence to reality plot, as it also embraces a quest for spiritual beingness in a compelling setting fraught with irony. Grounds shift as characters come fully to life; tropical and temperate zones merge; the past and present form intermittent shadows. Gabe's story of growing up in an Indian family struggling to live traditionally in faraway Guyana, and Christian, Hindu and Muslim worlds come together, as the plot unravels, and we continually move back and forth faced with new realities, new awakenings.

Cyril Dabydeen previously edited A Shapely Fire: Changing the Literary Landscape (Mosaic Press) and Another Way to Dance: Contemporary Asian Poetry in Canada and the United States (TSAR Publications). His work has appeared in the Oxford, Penguin and Heinemann Books of Caribbean Verse, and in over 60 literary magazines world-wide. A former Poet Laureate of Ottawa, his last novel Drums of My Flesh (TSAR Publications) won the Guyana Prize for Best Book of Fiction and was nominated for the prestigious IMPAC/Dublin Literary Prize. He is the recipient of the 2010 Guyana Lifetime Achievement Award. He teaches at the University of Ottawa. 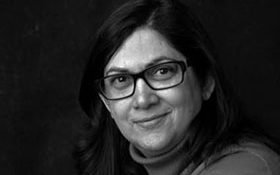 Shani Mootoo was born in 1957 in Dublin, Ireland. She grew up in Trinidad, where she attended St. Joseph Convent and Naparima Girls' High School. In 1981 she immigrated to Canada, and became a Canadian citizen in 1986, living since then in Vancouver, British Columbia, Alberta and Ontario, and in New York City.