The Word On The Street Blog

A Discovery of Authors: Celebrating 30 Years of Cross-Genre Community Building! 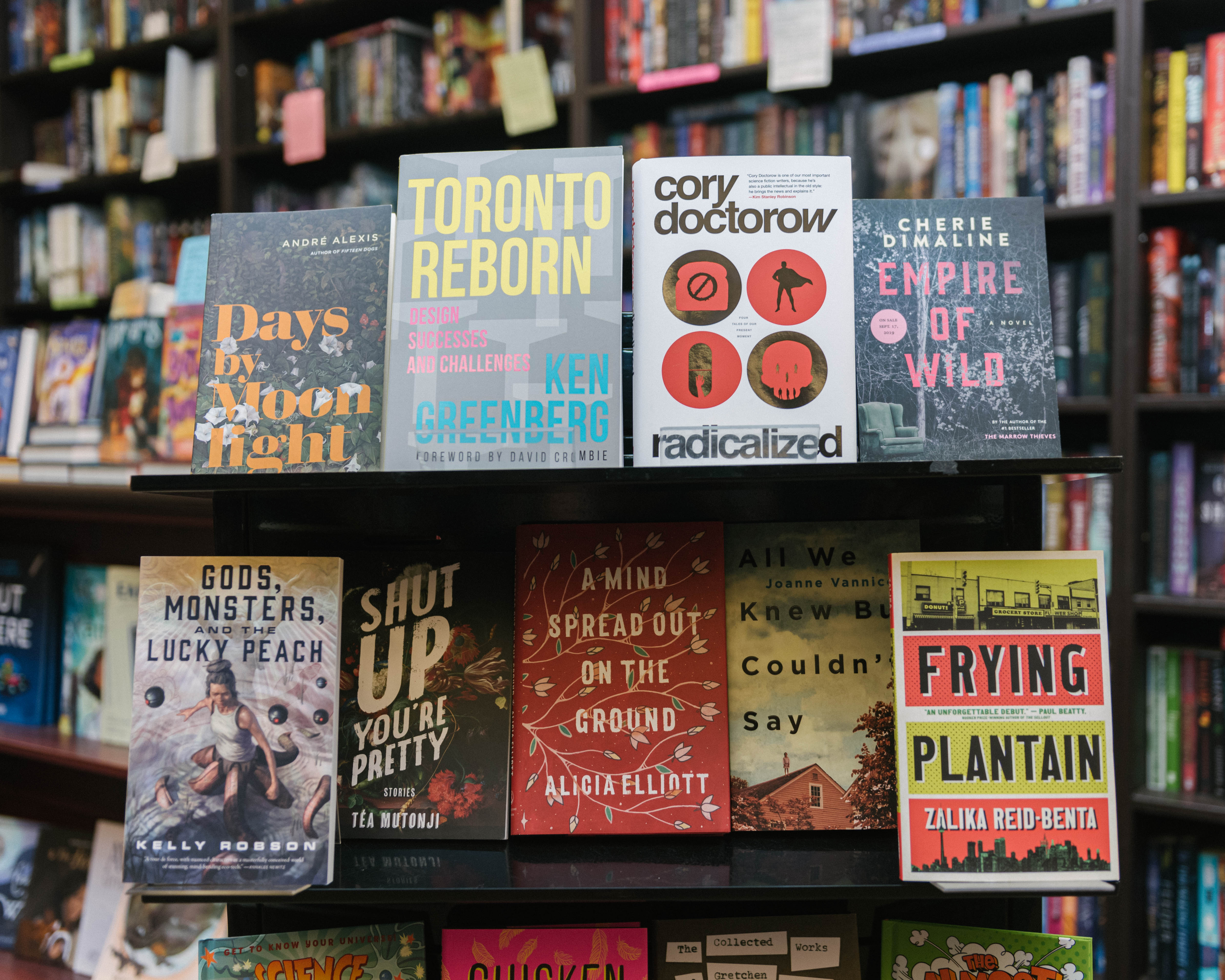 On July 18th, we held a small gathering hosted by Bakka-Phoenix Books to announce our 2019 lineup. Local authors from all over the GTA came to celebrate this year’s festival programming, including L.X. Beckett, Kelly Robson, Leslie Shimotakahara, Logathasan Tharmathurai, Sienna Tristen, and Joanne Vannicola. 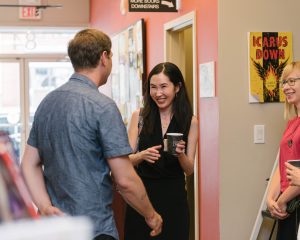 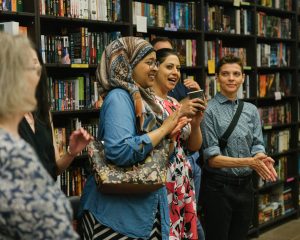 Amid the excited chatter about book conventions and new releases, we revealed our expanded programming for the festival’s 30th anniversary, including an inaugural keynote address, THE CITY IMAGINES, to be delivered by TORONTO REBORN author Ken Greenberg on the Tuesday leading up to the festival weekend, and the return of WOTS Plus, our full day of Saturday programming in partnership with the Toronto Public Library and Diaspora Dialogues.

We also had some help announcing a brand new feature of this year’s festival! Cory Doctorow had us laughing all the way from Burbank, California with his introduction for the Across The Universe stage, with programming dedicated to celebrating Canada’s rising stars in science fiction, fantasy and comics.

Did you know Cory was a bookseller for Bakka-Phoenix thirty years ago at the first-ever Word On The Street Toronto? Neither did we!

We had just as much fun revealing our 2019 author lineup. For all its cultural impact, literature can come across as a pretty unassuming art; writers don’t often get the ‘rockstar treatment’ that actors or singer-songwriters receive. In the spirit of giving our authors a little more of that glitz and glam, we unveiled this year’s featured authors by way of a concert-style headliner banner! The joy on everyone’s face as they found their own names was contagious. 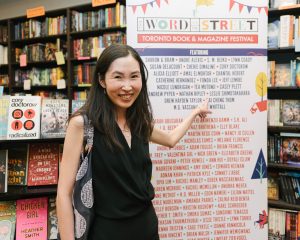 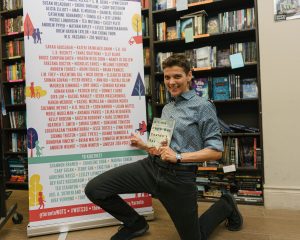 Local authors weren’t the only ones having fun with the banner—plenty of others joined in the fun online:

Looking forward to speaking on a panel with @AdrienneKress and @joelasutherland at #WOTS Sept 22! It’s going to be an awesome day—so many great writers in attendance! @torontoWOTS pic.twitter.com/qrmoETEKLX

Absolutely surreal! Official announcement that I’ll be part of @torontoWOTS this Sept, alongside some of my idols in kid’s lit. Huge gratitude to everyone at @FireflyBooks for helping me realize this dream.

My book ARTHUR GARBER THE HARBOR BARBER comes out this Sept! #WOTS30 pic.twitter.com/KSu2U7oDYn

At The Word On The Street, we think a lot about what it means to build a community of readers and writers, and how we can be at the forefront of that effort. Whether it’s joining together literary and genre authors—two worlds that usually see very little of each other—for a morning meet and greet, or putting emerging writers on the same stage as Canada’s biggest names, we want to create a future for Canadian literature that’s more open, innovative, and diverse than ever before.

A huge thank you to Bakka-Phoenix Books for providing their amazing space—catch them at WOTS on September 22 as the official booksellers for the Across The Universe stage!

For the full 2019 schedule, click here, or read our programming highlights here. Below you can find a photo gallery of the event, courtesy of photographer Ashley Sherwood: 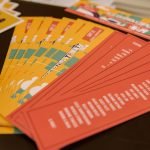 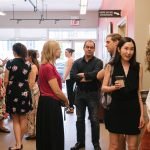 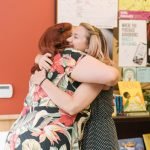 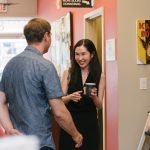 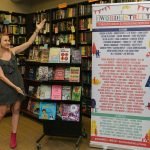 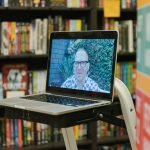 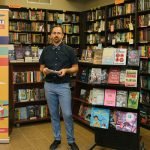 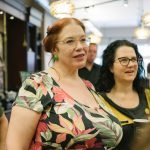 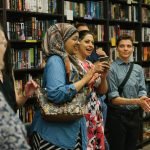 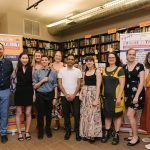 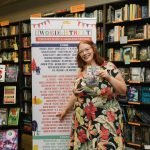 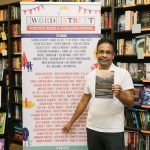 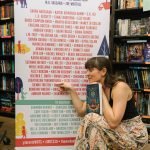 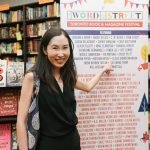 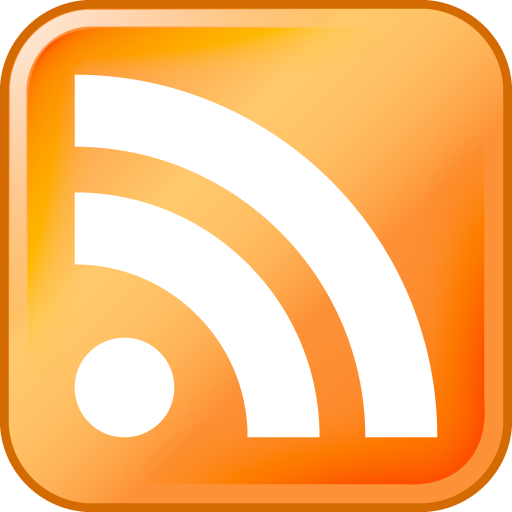 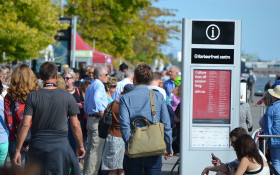 Read our most recent press releases to discover the latest festival news. 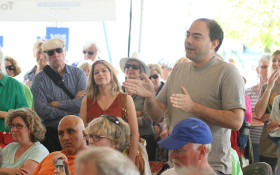 Have a question about The Word On The Street Toronto? Find your answer here.